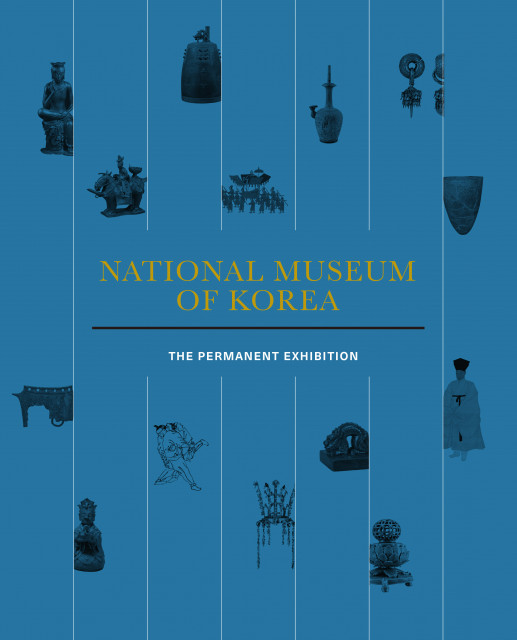 AUTHOR : National Museum of Korea
ISBN : 9781635190090
PUBLISHER : Cultural Foundation of National Museum of Korea
PUBLICATION DATE : December 29 ,2017,
SPINE SIZE : 1.1 inches
PAGES : 360
SIZE : 8.3 * 10.3 inches
WEIGHT : 2.8 pounds
CATON QTY : 12
PRICE : $109.95
Amazingly, it has already been twelve years since the National Museum of Korea reopened at its current location in Yongsan in October 2005. To take full advantage of this new and improved space, the museum has recently focused on expanding and enhancing its collection. Thus, we now proudly present this catalogue, which reflects some of the recent changes to our permanent exhibitions. A total of 11,493 works are currently displayed in the Permanent Exhibition Hall of the National Museum of Korea, which occupies three floors and a total area of 19,000 m2. On each of the three floors, the galleries are divided into two sections. The first floor includes the galleries of Prehistory and Ancient History, and Medieval and Early Modern History. Arranged chronologically, the first-floor galleries enable visitors to explore nearly the full spectrum of Korean history, from the Paleolithic Period to the Korean Empire (1897-1910). The second floor includes the Calligraphy and Painting galleries, as well as Donated Works. The second-floor galleries showcase manymasterpieces of calligraphy, painting, and Buddhist painting, along with a wide variety of cultural artifacts that numerous benefactors have generously donated to the museum over the years. Finally, on the third floor, visitors will find the galleries of Sculpture and Crafts¿featuring Buddhist sculptures, metal crafts, and ceramics¿as well as Asian Art, which features priceless artifacts from India, Southeast Asia, Central Asia, China, and Japan.

Since its establishment in 1945, the National Museum of Korea has been performing the role of the cultural institution representing Korea for over 70 years. It also has contributed to the growth of the academic field of traditional Korean art and culture with its numerous and significant researches and studies. However, the accumulated knowledge and achievements have remained within the Korean academic circle lacking the communication and sharing with a broader academia.
Foreword 6
History of the National Museum of Korea 8