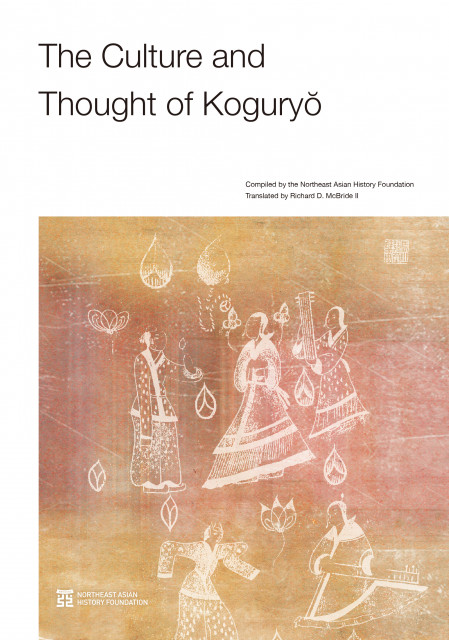 The Culture and Thought of Koguryo

AUTHOR : The Northeast Asian History Foundation
ISBN : 9781635190113
PUBLISHER : The Northeast Asian History Foundation
PUBLICATION DATE : December 31 ,2018,
SPINE SIZE : 1.4 inches
PAGES : 619
SIZE : 7.1 * 9.9 inches
WEIGHT : 3.1 pounds
CATON QTY : 14
PRICE : $95.00
Koguryŏ endured for more than seven hundred years, and occupied the northern part of the Korean peninsula and the vast region of southern Manchuria. Koguryŏ excelled not only in the martial aspect but in the literary one too. A defining element of Koguryo was its openness: while it shared borders with countries of different cultural heritages like China in the west and nomadic tribes in the northwest, it aggressively and actively embraced foreign culture; not shying away from multiculturalism. Koguryŏ sent diplomatic envoys as far as Samarkand in Central Asia and students to China to learn Buddhism and Confucianism but also accepted numerous foreign immigrants into its domain. In the process, Koguryŏ developed its distinct culture after importing and digesting various elements from outside its borders, then influencing the vary same countries it had borrowed so much from including China among others. These openness and international(or global?) characteristics were based on the own independent world view of Koguryŏ and the pride in its culture. This book consists of three parts; part one describes the religion and thought of Koguryŏ, part two the society and culture, and part three the vestiges and relics. It covers the important archaeological research on Koguryŏ up to now.

The Northeast Asian History Foundation was established with the aim of building an infrastructure that can support the peace and prosperity through promoting a common understanding of the history of the Northeast Asian region, promoting the shared acceptance of a correct historical record by developing a systematic and strategic policy, carrying out long-term, comprehensive research and analysis and addressing the issues caused by incorrect views of history.
Part 1 ― The Religion and Thought of Koguryŏ
Ⅰ The Mythology and State Ceremonies of Koguryŏ
Ⅱ Indigenous Beliefs, Customs, and Culture
Ⅲ Daoism and Culture in Koguryŏ
Ⅳ Buddhism and Culture in Koguryŏ
Ⅴ Confucianism and Political Thought in Koguryŏ