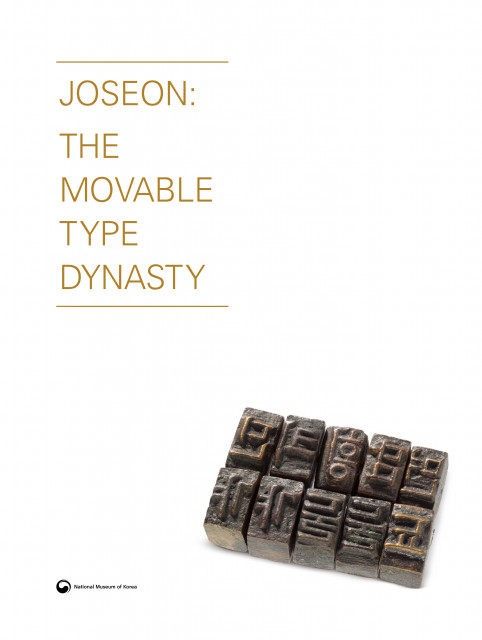 AUTHOR : National Museum of Korea
ISBN : 9781635190120
PUBLISHER : KONG & PARK
PUBLICATION DATE : December 22 ,2018,
SPINE SIZE : 0.7 inches
PAGES : 116
SIZE : 8.7 * 11.1 inches
WEIGHT : 1.7 pounds
CATON QTY : 24
PRICE : $39.95
The National Museum of Korea is proud to present Joseon: The Movable Type Dynasty, an English-language book accompanying the themed exhibition held at the museum in 2016. This is the tenth installment in the English-language exhibition book series published by the National Museum of Korea since 2009 as part of its mission to introduce diverse facets of Korean culture and history to a wider public both within and outside Korea. The Jikji simche yojeol (直指心體要節, Anthology of great Buddhist priests' Zen teachings) is the oldest Korean book known to have been printed using metal movable type. Published in 1377 during the Goryeo dynasty, it precedes the Gutenberg Bible printed with metal movable type in 1455 by nearly eighty years. Many of the movable type pieces so produced during the Joseon dynasty are now held by the National Museum of Korea. The over 820,000 movable type pieces, including one piece from the Goryeo dynasty, in the NMK collection make up only a tiny portion of the millions of movable type pieces cast at one time by the state. "Joseon: The Movable Type Dynasty" is based on the historical research and detailed classification on the movable type of Joseon dynast. The details of the exhibition are offered in this book along with in-depth information on the production year, name, and features of each version of movable type. The book also explores the background underlying the invention of different movable types, including the versions for Hangeul, the native Korean alphabet.

Since its establishment in 1945, the National Museum of Korea has been performing the role of the cultural institution representing Korea for over 70 years. It also has contributed to the growth of the academic field of traditional Korean art and culture with its numerous and significant researches and studies. However, the accumulated knowledge and achievements have remained within the Korean academic circle lacking the communication and sharing with a broader academia.116
Foreword 7

Introduction 8
The National Museum of Korea, Home to the World's Largest Collection of Movable Type

6. Movable Type for Hangeul: Essential Means for the Education of Crown Princes and the Common People 73

7. Wooden Movable Type: Movable Type for the Widest Range of Users from the Royal Family to the Ordinary People 87