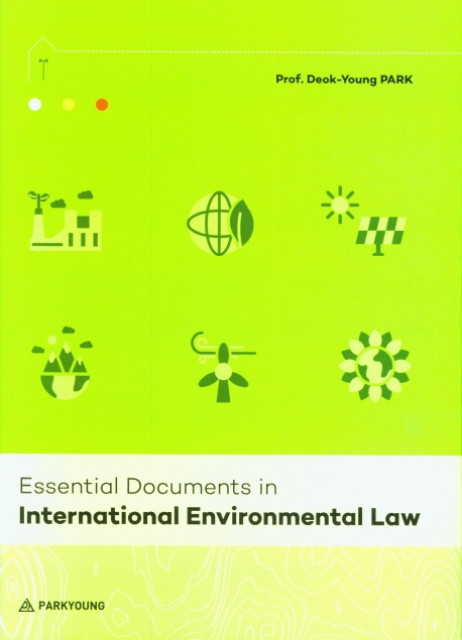 AUTHOR : Deok-Young Park
ISBN : 9781635190212
PUBLISHER : PAKYOUNGSA
PUBLICATION DATE : November 01 ,2020,
SPINE SIZE : 1.8 inches
PAGES : 1100
SIZE : 7.5 * 10.2 inches
WEIGHT : 3.10 pounds
CATON QTY : 6
PRICE : $111.45
Climate change, along with various environmental problems occurring on our planet have extended from threatening our daily lives to the matter of survival of our civilization. The number of courses in the post-secondary level dealing with climate change and international environmental issues is surging, taking into account the growing interest. It has been on my mind for a certain amount of time that examining the original texts of relevant international treaties and documents is an important process in accurately understanding how the international community sought to tackle the existing problem in the arena of international law.
As more international treaties come into force, I examined, monitored, and organized international treaties that are present in academic textbooks and lectures, and personally tailored a collection that seemed both important and highly relevant in our context. As a result, this extensive collection ranges from soft law documents to major treaties of international environmental law, which were compiled depending on the theme of the subject.
I am indebted to Professor Jae Gon Lee of Chungnam National University, and Dr. Il Ho Lee of Yonsei University for their significant insights and support. I am also grateful for the assistance received from the research assistants of the Center for Climate Change and International Law at Yonsei University. This book could not come to reality without the help of the Presidents of the PARKYOUNG Press, Jong-Man Ahn, Sang-Joon Ahn and an editorial staff, Sun-Mee Moon. It is hoped that this book may be useful to scholars and students or anyone else interested in how international environmental law addresses one of the most challenging problems of our time.

.
Part 1Fundamental Soft-law Documents
1. Stockholm Declaration of the United Nations Conference on the Human Environment (1972) _
2. UN General Assembly Resolution 37/7 on a World Charter for Nature (1982) _
3. Rio Declaration on Environment and Development(Rio Declaration) (1992) _
4. “Transforming our World”: The 2030 Agenda for Sustainable Development (2015) _