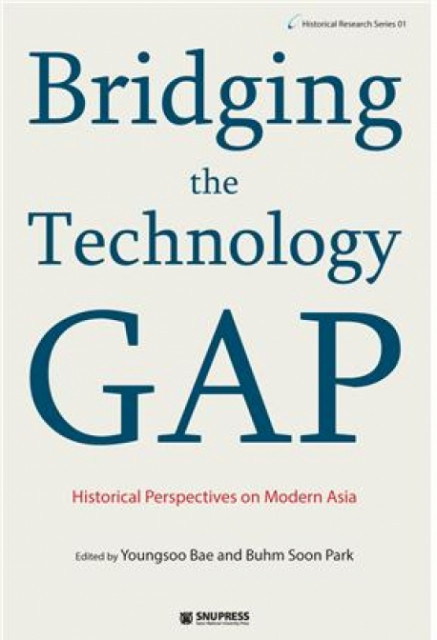 AUTHOR : Youngsoo Bae , Buhm Soon Buhm Soon Park
ISBN : 9788952114129
PUBLISHER : Seoul National University Press
PUBLICATION DATE : September 27 ,2013,
SPINE SIZE : 0.8 inches
PAGES : 244
SIZE : 6.1 * 8.9 inches
WEIGHT : 1.2 pounds
CATON QTY : 20
PRICE : $128.95
What made it possible for Asian countries to have such a turn-around in technology? A body of literature seeks to answer this question by examining cultural aspects (e.g., Asian values), innovation systems (e.g., government agencies and policies), geopolitical situations (e.g., the Cold War context), or charismatic leadership in business and policymaking areas (e.g., the founders of Sony and Samsung). Yet no one has taken a serious look into the nature of the technology gap per se. What is the technology gap? What exactly do we mean by “bridging” this gap? Is there a universal yardstick to measure and rank the national capacity for technological productivity? I think that the term ‘gap’ is a useful yet problematic metaphor, for a gap connotes a space or distance between two objects. Is the technology gap something that can be filled with more stuff or be connected with a bridge?

Professor of History and currently Dean of the College of Humanities, Seoul National University, is interested in American social history. His books include Labor in Retreat: Class and Community Among Men's Clothing Workers of Chicago, 1871-1929 (SUNY Press 2001) and In Search of an Alternative to American Exceptionalism (2011), which is written in Korean. His current research interests focus on the development of American civilization in the global context.

Buhm Soon Park is Associate Professor and Director of the Graduate School of Science and Technology Policy at Korea Advanced Institute of Science and Technology (KAIST). He received his Ph.D. in history of science from the Johns Hopkins University in 1999, and subsequently worked as a historian of biomedical sciences and research policy at the U.S. National Institutes of Health (NIH) before coming to KAIST in 2007. Professor Park specializes in the history of twentieth-century science and the development of science and technology policy. He is currently writing a book on the relationship between bureaucratic autonomy and science policy, examining the rise of the NIH as the major patron of American biomedicine.
Preface
Introduction

Chapter 1
Bridging the Technology Gap in Japan: Technology, Culture and Identity in the Late 19th to the 21st Century

Chapter 2
Accelerating Transformation: High Technology, Nationalism, and Developmental Authoritarianism in Indonesia, 1966-1998
Chapter 3
Development in Science and Technology of South Korea During the Cold War: Focusing on the US Policy toward South Korea

Chapter 4
The Historical Development of Technological Capabilities in Korean Steel Industry: The Case of Posco

Chapter 7
The “Koreanization” of Nuclear Power Technology: The Case of a Joint Design