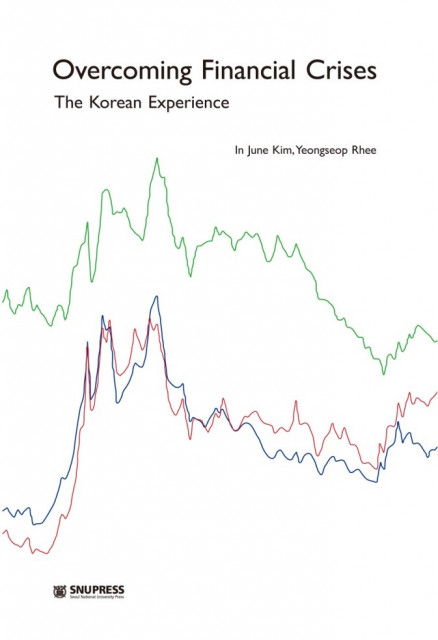 AUTHOR : In June Kim , Yeongseop Rhee
ISBN : 9788952114808
PUBLISHER : Seoul National University Press
PUBLICATION DATE : June 01 ,2013,
SPINE SIZE : 0.10 inches
PAGES : 376
SIZE : 6.1 * 8.9 inches
WEIGHT : 1.6 pounds
CATON QTY : 20
PRICE : $128.95
Korea has often fallen prey to international financialcrises including the Asian crisis, the global financialcrisis, and the Eurozone crisis. The impact of the crises has been profound, and they have fundamentally changed not only the Korean economy but also the whole Korean society. Why is Korea likely to become a victim of a crisis even though its economic fundamentals are sound? Why does Korea tend to be more severely damaged than other countries by a crisis once it occurs, no matter where the crisis originates? Is it due to structural problems of the Korean economy or the international financialmarkets? What should be done for Korea to avoid, prevent and overcome a crisis? This book is an attempt to answer these questions, and comprehensively explains the causes and effects of and policy responses to financialcrises, focusing on the Korean experience.

Yeongseop Rhee is a professor at the Graduate School of International Studies, Seoul National University, Korea. He was a research fellow at the Korea Development Institute (KDI) and a non-resident fellow of the Brookings Institution. He received his BA in economics at the Seoul National University and Ph.D. in economics at the University of California, Berkeley.
Preface
Chapter 1 Introduction

Part I Asian Crisis
Chapter 2 Currency Crises of the Asian Countries in a Globalized Financial Market
Chapter 3 The Korean Currency Crisis and the IMF Program: An Insider’s View
Chapter 4 Reform and the Risk of Recurrence of Crisis