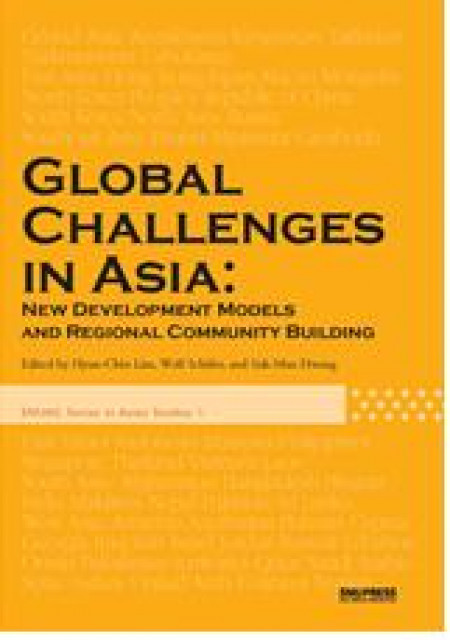 AUTHOR : Hyun-Chin Lim , Wolf Schafer
ISBN : 9788952115805
PUBLISHER : Seoul National University Press
PUBLICATION DATE : March 10 ,2014,
SPINE SIZE : 0.10 inches
PAGES : 406
SIZE : 6.1 * 8.9 inches
WEIGHT : 1.7 pounds
CATON QTY : 20
PRICE : $85.95
The present volume is the outcome of this conference held in October 2011. Representing Australia, China, Croatia, Germany, Japan, Korea, New Zealand, Russia, Sweden, Taiwan, UK, and USA, an interdisciplinary group of over fifty scholars discussed some thirty papers and four keynote speeches in Seoul … The content of the conference is well reflected in the chapters of this book. Most of our authors agree that the influence of Asia is increasing in economy, culture, and many other fields; however, they also notice that this change needs more scrutiny in order to be able to forecast the future of Asia. Bearing this in mind, the authors are surveying different facets of growing Asia in this book
The cooperation among Korea, China, and Japan is vital for the future of Asia and even for the world; however, there are many obstacles to overcome in order to forge a regional community in Northeast Asia. … To build a regional community, they should pursue a “conjunctive synthesis” (求存同異) and “unity in diversity” (和而不同) through acceptance of intraregional diversity under regional commonness. While fostering a sense of community, they should enhance mutual understanding and trust through expansion of cultural and economic exchanges for cooperation and coexistence (Exposition, 19).
I do not expect a straight global power shift from West to East, but rather a complex rebalancing of the great regional powers of the United States and China (plus the European Union as a distant third). … Having experienced the giddy Wirtschaftswunder growth in West Germany in the Fifties and Sixties of the last century, as well as the light-headed behavior of the US after winning the Cold War, I must say that handling extraordinary success is not easier than having to cope with failure. Hence, I am not only concerned about the environmental costs of massive industrial globalization, but also about the irreversible cultural damage inflicted by the dynamism of the Asian boom (Postscript, 374).

Hyun-Chin Lim is Professor of Sociology at Seoul National University. He is the president of Korean Social Science Research Council, and serves as co-chair of Citizens’ Coalition for Economic Justice.

- Wolf Schafer is Professor of History and Associate Dean of International Academic Programs at Stony Brook University. He pioneered global history as an alternative to world history.
- Jeffrey Broadbent is Professor of Sociology and the Institute for Global Studies at the University of Minnesota in Minneapolis, Minnesota, USA. His substantive focus is on environmental politics and social movements in Japan, East Asia and globally using network analysis.
- Branko Bošnjaković is titular Professor of Environmental Management at the Faculty of Engineering, University of Rijeka, Croatia. He has more than 30 years experience with environmental protection, industrial risk management, transboundary water protection, renewable energy systems and geopolitics of climate change.
- Lixin Hao, Ph.D. is currently a professor in philosophy at School of Philosophy in Renmin University of China. His research areas including: Marxist philosophy, political philosophy, philosophy of culture.
- Suk-Man Hwang is a Professor of Sociology at Changwon National University. His recent research interests include expansion of welfare state and labor-business relation in the context of the post-developmental state in Korea.
- Filip Johnsson is Professor in Sustainable Energy Systems in Department of Energy and Environment, Chalmers University of Technology in Sweden. Filip Johnson’s research area comprises thermal conversion of solid fuels and, since 2001, also energy systems analysis.
- Hyug Baeg Im is Professor at the Department of Political Science and International Relations, Korea University, Seoul, South Korea. His current research focuses on the impact of IT revolution and globalization on Korean democracy.
- Yuan Li is a lecturer of Management Philosophy, School of Philosophy, at the Renmin University of China. Her research interests include Human Resource Management, comparison of East-West management Thinking, philosophy of management, and leadership ethics.
- Jong Won Lee taught at Indiana University and Yale University, and Sungkyunkwan University, Seoul, Korea. He is now serving as President of Dasan Institute of Economic Research in Seoul.
- Debin Liu is Professor History and International Studies, Director of Institute of International Studies and Dean of School of International and Public Affairs in Jilin University, Changchun, P. R. China.
- Toru Oga is Associate Professor in International Politics, Faculty of Law, Kyushu University, Japan. His research interests include International Relations and East Asian regionalism.
- Jan Nederveen Pieterse is Mellichamp Professor of Global Studies and Sociology at University of California Santa Barbara and specializes in globalization, development studies and cultural anthropology. His current focus is on 21st century globalization.
- Caroline Sullivan is an ecological economist with many years of international interdisciplinary research experience linking the biophysical and social sciences.
- Hideki Tarumoto is an Associate Professor at the Graduate School of Letters, Hokkaido University, Japan. His research interest goes to citizenship and migration,and ethnic stratification in Europe and Asia.

Preface
Exposition
The Rise of Asia in a Global Context: Implications for Regional Community Building
Hyun-Chin Lim and Suk-Man Hwang

PART II. State, Civil Society, and Democracy in Asia
5. Social Welfare, Globalization and Democracy in South Korea
Hyug Baeg Im
6.Is ASEAN People-Oriented or People-Centered?: The Evolution of Regionalism between Governments and Civil Society, and the Effect of Differing Concepts on the Drafting of the ASEAN Charter
Toru Oga
7. The Impact of Globalization on Higher Education in China
Lixin Hao and Yuan Li
8. Migration, Multicultural Crises and Asia
Hideki Tarumoto

PART III. Climate, Energy, and Environment in Comparative Contexts
9. Environment and Climate Change as Geopolitical Issues in the Asias: What Can Be Learned from the European Experience?
Branko Bošnjaković
10. Changing Water Resources and the Demographics of Vulnerability
Caroline A. Sullivan
11.Global and Regional Energy Challenges to 2050 and Beyond: Experiences from Assessing Energy Pathways for Europe
Filip Johnsson
12. Asian Societies and Climate Change: The Variable Diffusion of Global Norms
Jeffrey Broadbent et al.