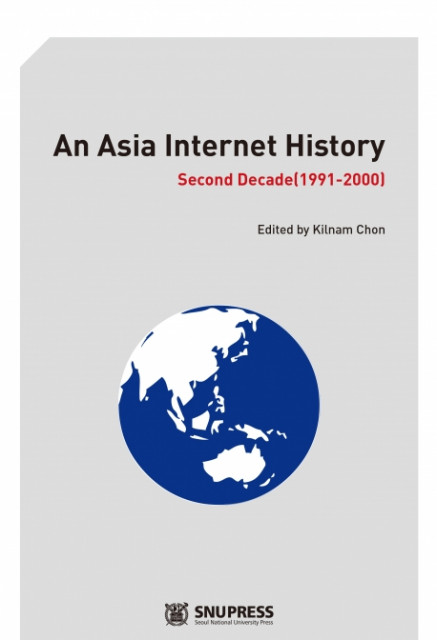 AUTHOR : Kilnam Chon
ISBN : 9788952116758
PUBLISHER : Seoul National University Press
PUBLICATION DATE : February 20 ,2015,
SPINE SIZE : 0.10 inches
PAGES : 332
SIZE : 6.1 * 8.9 inches
WEIGHT : 1.2 pounds
CATON QTY : 20
PRICE : $145.95
Writing the second book on Asia Internet history in the 1990s has been very different from the first book on the 1980s. It was not easy to collect data on the 1980s and earlier for the first book on 1980s. For example, we spent some time to find out the dates and places of International Academic NetWorkshop (IANW) from 1982 to 1989. The proceedings of the IANW were even more difficult to collect, and we only succeeded partially in that endeavor. Another difficulty was that some of the Internet pioneers who worked in the 1980s and earlier were not available to write articles. On the other hand, the situation for the 1990s, in particular after mid-1990, was very different. We were able to get a great deal of information through various websites since WWW invention in early 1980s, and many Internet pioneers who worked in 1990s are still available to contribute articles. For example, we had a hard time to collect information on the first INET Conference in 1991, and we barely obtained the table of contents with substantial search but not the contents themselves. We could access to the online proceedings on INET Conference from 1994 through its host organization, the Internet Society.
On the other hand, readily available information on various organizations and events raises a different challenge. For example, the Internet Engineering Task Force (IETF) and the World Wide Web Consortium (W3C) have very good websites where you may obtain almost any information about these organizations. The question of what was important to record is the challenge we faced for the second book of our Asia Internet History Project when so much information is available through various websites. Naturally, we chose to focus more on the “why” rather than the “what” for the second book on 1990s.
Another difficulty we had for the second book is that the Internet has become very popular among various communities, not just among the research and education community as it was in the 1990s with more than 100 million users in Asia toward the end of the 1990s. Thus, covering every aspect of the Internet as we did for the 1980s would be nearly impossible. After deliberation, we decided to focus on the Internet organizations in Asia that grew from one or two Internet organizations at the beginning of the 1990s to around twenty Internet organizations by the end of the 1990s.
Histories of some of the global Internet organizations and events which impacted the Internet in Asia such as the INET Conferences and the Developing Country Workshops were not well documented, and so we decided to cover their histories during the 1990s even though these may be considered global events like International Academic NetWorkshop (IANW) we covered in the first book on 1980s. On the other hand, we decided not to include articles on very well documented organizations such as World Wide Web Consortium (W3C) mentioned earlier.