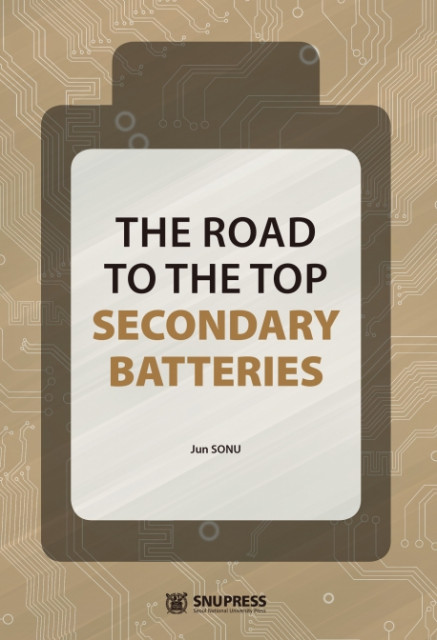 The Road to the TOP Secondary Batteries

AUTHOR : Jun SONU
ISBN : 9788952118462
PUBLISHER : Seoul National University Press
PUBLICATION DATE : November 30 ,2016,
SPINE SIZE : 0.10 inches
PAGES : 248
SIZE : 6.1 * 8.9 inches
WEIGHT : 1.3 pounds
CATON QTY : 20
PRICE : $51.45
Field incidents of Galaxy Note 7 in August, 2016 flabbergasted the battery industry because the equilibrium between the battery performance and safety has been maintained for the past ten years in the battery industry. The last field incident took place in Sony's batteries in 2006.
Unlike other batteries, the lithium ion battery explodes not only in the abused condition but also in the normal operating condition if energy density is higher than the upper limit. Because of this intrinsic characteristics related to the safety of lithium ion batteries, battery development activities have been focused on the accurate control of safety with improvement of energy capacity. This book deals with how the battery industry has expanded its marketing horizon from portable electronics to power tools to electric vehicles with improvement of the safety features.
Seven Japanese battery makers including Sony, Sanyo and Panasonic had dominated the world battery market in 1990s. It was LG Chemical and Samsung SDI that put an end to the dominance of Japanese battery makers. Korean battery makers also played an important role in spreading the battery technology to the world. This book is concerned with how Korean battery makers made an incredible progress in a short period of time.
The battery competition has been limited to Japan, Korea and China, but as the major market is changed from portable electronics to electric vehicles, chances are competition will be diversified by the participation of automotive parts companies and companies like Apple and Google. In actuality, the involvement of companies like Tesla Motors and BYD in the electric vehicle business played a pivotal role in galvanizing the electric vehicle industry. This book will give you a good idea on the intriguing future competition dynamics associated with electric vehicles.