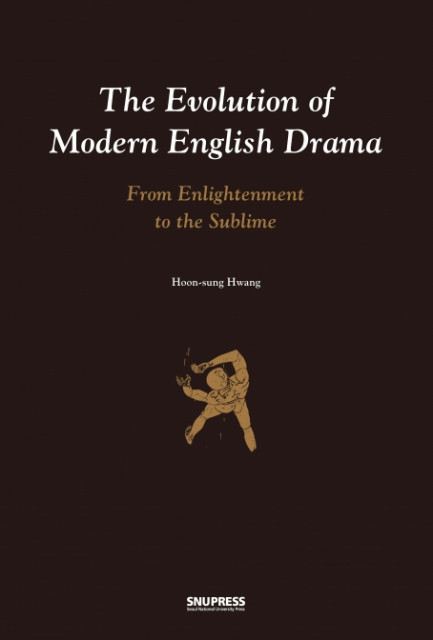 The Evolution of Modern English Drama
From Enlightenment to the Sublime

Hoon-sung Hwang is a professor in English at Dongguk University in Seoul Korea, where he teaches courses on Modern and Postmodern Drama, Theater and Performance. He got Ph. D at English Dept. of UC Davis under Prof. Ruby Cohn with the dissertation, “One Mirror is Not Enough in Beckett’s Drama.” He has published essays in Modern Drama (1993), Degrés (2005) and a book Death in Western Literature (2014), which awarded him Wooho Prize for human science.
Acknowledgements
Introduction

Theoretical Groundworks
1. Modern Drama as a Project of Enlightenment
2. A Theoretical Excursion into the Postmodern Sublime

Book I
I. Modern Drama of Enlightenment
1. The Plot Structure of Bernard Shaw's Didactic Drama
2. he Dramatization of Habitus: A Bourdieun Reading of Pygmalion
3. Eugene O'Neill's Dramatization of Nietzsche's Idea of the Anti-Bourgeois Spirit
4. Political Unconscious Staged in J. M. Synge's The Playboy of the Western World
5. "Circe": A Modernist's Gesture to Stage the Sublime in the Human Psyche

Book II
II. Postmodern Drama of the Sublime
1. The Postmodern Drama as mise-en-scène of the Sublime
2. The Postmodern Politico-technological Sublime Staged in David Pledger's K
3. The Textual Sublime: Samuel Beckett's Endgame as A Postmodern Allegory on the Relationship between Man and Nature
4. The Political Sublime Staged in Harold Pinter's Late Plays
5-1. The Sublime Universe of Simulation in Beckett's Stage: Reflexivity as the Exchange of Signs within the Text
5-2. Theatereality as a Way of Simulating Virtual Reality on Stage