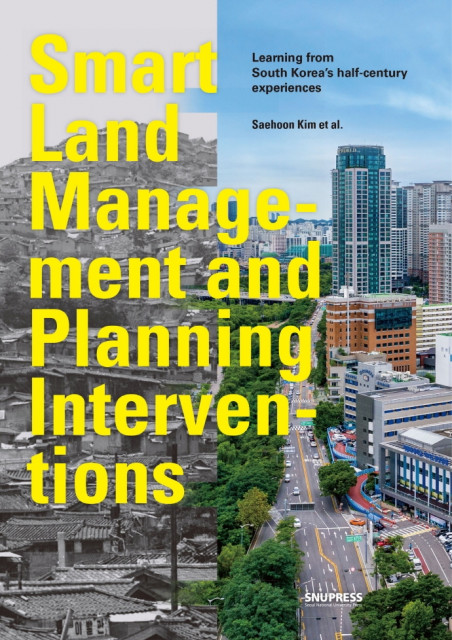 AUTHOR : Saehoon Kim
ISBN : 9788952130518
PUBLISHER : Seoul National University Press
PUBLICATION DATE : October 06 ,2021,
SPINE SIZE : 0.4 inches
PAGES : 148
SIZE : 6.1 * 8.9 inches
WEIGHT : 0.7 pounds
CATON QTY : 20
PRICE : $71.95
South Korea is well known for its transition from an impoverished nation to a model of rapid, sustainable growth. The economy emerged quickly away from the post-war damage, and the spread of illegal settlements was mitigated. The book describes a set of policies and planning actions implemented in the country's fragile condition from the aftermath of the war in the 1950s to the present. The desirable state of balanced growth was supported by secured access to land for efficient uses and the governments' timely intervention in the conflicts between landowners and de facto occupants. Careful management of land registration and land-related information is notable, and the promotion of land development for the benefit of the public has also been carried out. Despite ongoing debate on equitable land distribution, the unevenness of property ownership and imbalanced gain from real estate transactions were addressed based on public policies, with mixed results. Some cases like the Farmland Reform in the 1950s, the making of Gwangju Resettlement Town situated in today's Seongnam, the processes of Land Readjustment Projects, and the redevelopment of the 104 Village - often referred to as the last moon village in Seoul - were included. The book is an outcome of collaborative research in Urban Studies and Design Lab at Seoul National University Graduate School of Environmental Studies.