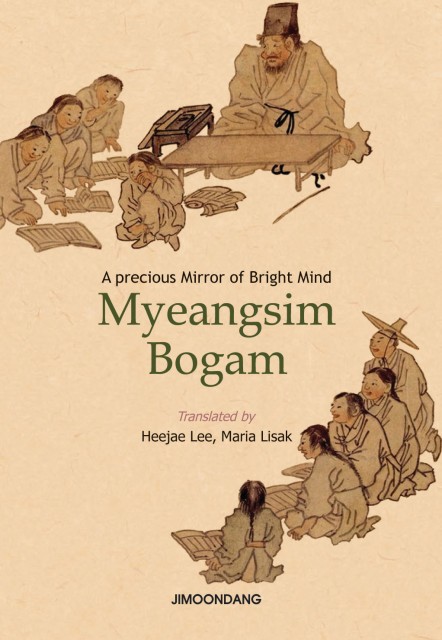 Going back to the sixteenth century Korea has suffered from invasions by Japan and the Ching Chinese. These invasions influenced Korean leaders ideologically causing schisms and in-fighting within Korea itself. To recover from strife caused by foreign invaders and domestic political confusion average Korean needed to regain their peaceful mind. Myeangsim Bogam emerged to provide relief from this strife and share universal wisdom to guide human relations and balance one’s mind. Myeangsim Bogam does this by combining accepted Taoist ideas as well as Confucian manners in its.

While originally published centuries ago, Myeangsim Bogam became especially endeared to Koreans and enjoyed a resurgence in publication in the modern age during the Japanese Occupation. Koreans have taken comfort from this book－nowadays as well as the recent and ancient past. This book is as much beloved by Korean people today as it was in the past.

Professor of Chinese philosophy at Gwangju University and served as the president of the Korea Confucius Society.
Introduction to Myeangsim Bogam 3