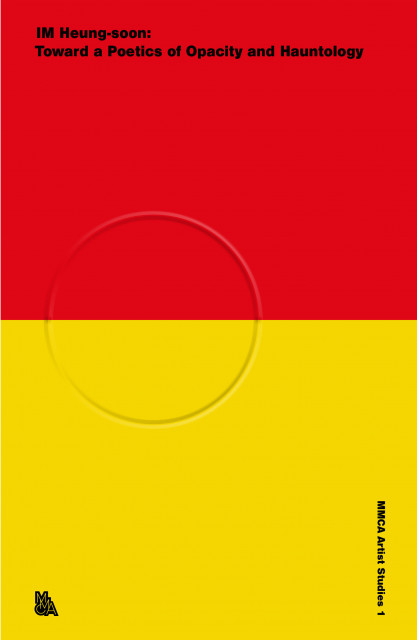 AUTHOR : National Museum Of Modern And Contemporary Art
ISBN : 9788963031965
PUBLISHER : National Museum Of Modern And Contemporary Art
PUBLICATION DATE : September 15 ,2018,
SPINE SIZE : 1.2 inches
PAGES : 387
SIZE : 5.4 * 8.3 inches
WEIGHT : 1.2 pounds
CATON QTY : 19
PRICE : $35.95
The National Museum of Modern and Contemporary Art, Korea (MMCA) provides a multi-layered framework of understanding contemporary Korean art through critical writing practices. The first subject of the “MMCA Artist Studies” is IM Heung-soon. As an artist and filmmaker, IM began his inquiry with the story of his own family of laborers, later expanding his interests to include social issues embodied by people who are enduring their lives under the pressure of the society, country, and capital. From public art projects which dealt with the lives of women and laborers, to film about the Jeju Uprising, IM shuttles between various media, recasting constraints of contemporary Korean history into personal memories.
For this book, we invited an interdisciplinary group of artists, critics, curators, and theorists to trace the trajectory of IM Heung-soon’s body of works, ranging from the late 1990s to the present day, from a critical viewpoint. Critic Moon Young Min reads IM’s oeuvre from its point of contact with Minjung Art. Moon thoroughly analyzes how the post-Minjung era’s concept of “minjung” is represented and finds its variation as different subjects—the social others, the anonymous subaltern, and so on—within the works of IM. Artist and filmmaker Park Chan-kyong focuses on IM’s photography and video works, and adopts the format of a fictional conversation with the artist to unravel the relation between historical memory and the visual medium that reconstitutes it. Cultural sociologist Seo Dongjin detects within post-Minjun artists, including IM, a contemporary tendency to turn history as “scientific knowledge (history-documentary)” into “memory-experience-images (memory-documentary).”
The interviewees of IM Heung-soon are survivors of trauma from the Vietnam War, the women’s labor movement, and the Jeju Uprising. Yang Hyosil, the author of The Imaginative Against Power: A Chronicle of Cultural Movement (2015), zeroes in on the relationship between IM and his interviewees in order to underscore how “the encounter between the male artist and female witnesses” is a format peculiar in its deviation: it is neither the attitude of a leftist artist to correct history nor a feminist demand to restore female subjectivity in history. London-based curator and artist George Clark suggests that the works of IM Heung-soon be understood according to an ecological, circular notion of time instead of a linear one, especially in comprehending IM’s strategies for mourning those killed by the state. Film Critic Yoo Un-seong notes that in the discordance between the landscape image and the word in IM’s documentary films lies an alternate form of history. Manshur Zikri, a member of Forum Lenteng in Jakarta, discusses how the merging of the cinematic and painterly apparatuses give rise to IM’s affirmative aesthetics.
Kang Soojung, curator of IM Heung-soon’s solo exhibition Things that Do Us Part (2017-18) at MMCA, compares IM’s narrative structure, which deals with the anonymous, to the Korean culture of pan. Meanwhile Kim Heejin, curator and IM’s long-time friend, presents a mode for appreciating IM’s works by utilizing the dialogue format. Tokyo-based curator Osaka Koichiro surveys the artistic practice of IM from a larger, geopolitical viewpoint of Korea-Japan. At the end of the book is a glossary compiled by historian Chung Jin A and IM Heung-soon, as well as an appendix for the English edition. The glossary lists the main events of Korean modern and contemporary history—16 of them in chronological order—that traverse the oeuvre of IM Heung-soon.
The Korean edition of this book is entitled Red, Blue, and Yellow. In the process of translating it into English, the title was revised to IM Heung-soon: Toward a Poetics of Opacity and Hauntology. The two titles, however, are more alike than they are different. For IM, “yellow” functions as a color that could mitigate or dilute the starkness of opposition such as the Cold War. Reducing the opacity of red and blue, and thereby revealing the other side of what was once firmly believed and seen—this is perhaps the very role that IM Heung-soon performs as an artist. In the same vein, this book may be an attempt to reveal the layers of meaning embedded within IM’s oeuvre.