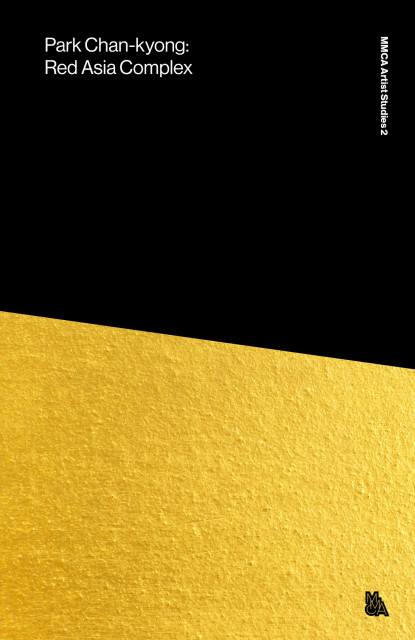 AUTHOR : Jeamin Cha
ISBN : 9788963032221
PUBLISHER : National Museum of Modern and Contemporary Art Kor
PUBLICATION DATE : December 13 ,2019,
SPINE SIZE : 0.8 inches
PAGES : 292
SIZE : 5.5 * 8.3 inches
WEIGHT : 0.9 pounds
CATON QTY : 26
PRICE : $35.95
Park Chan-kyong is the second artist selected for the “MMCA Artist Studies” series. Since the late 1980s, Park has been a member of a community of critics writing art and organizing exhibitions through forums such as the Research Society for Art Criticism (misul bipyeong yeonguhoe), Forum A, BOL. Park took his first steps as an artist with the solo exhibition Black Box: The Memory of Cold War Images, held at the Kumho Museum in 1997, and has since continued to produce film and video works critically examining the Cold War, Korean modernity, and colonialism. Under the title Red Asia Complex, this book examines, from various perspectives, the nearly thirty-years trajectory of Park Chan-kyong’s art and writing.
The participating authors in this book are Korean and Asian researchers who have either observed Park’s work up close, collaborated with him, or are newly engaging with his work for this occasion. As a historian, Shin Chunghoon examines the issues of popular culture, history, and tradition that Park has explored through his art. Focusing on Park’s text “Notes on ‘Conceptually Oriented Realism’: An Editor’s Annotation” (2001), Choi Binna revisits if the concept of “Conceptual Realism,” its validity, and its enduring role in Park’s work. Park Sohyun deals with “colonialism” as a condition of Korean contemporary art in Park Chan-kyong’s Small Art History (2014, 2017), and the artist’s ceaseless attempts to problematize and work through it. Kim Hang asks, “What is the concept of the political for Park Chan-kyong?” In turn, Kim argues that Park’s politics arise from the ethical indifference created by his image work. Here, ethical indifference refers to Park’s endeavor to bring the fallen entity back to the foreground yet ultimately leave it aside without creating another victor’s narrative. Hyun Seewon draws upon Park’s theory of the artist’s in examining the methodological relationship between his writing and his photography. Huang Chien-hung explores the connections in Park’s work between Japanese occupation, the Korean War, the Cold War, and shamanism. The latter, he argues, can serve as a means of avoiding various forms of colonialism and paracolonialism that arise out of modernity, and thus effect a “dis-paracolonialism.” In response to Park’s critical ref lection on tradition, Patrick D. Flores discusses how the issues of the tradition and the sublime relate to colonialism in the context of Philippines. As a video artist, Cha Jeamin brings the issues that Park has dealt with into contemporary perspective and re-evaluates their validity and meaning. As if to represent the young generation today, Cha Jeamin attempts to open to doubt the tradition and sublime discussed in Park’s writing and artwork.
The title of the book, Red Asia Complex, is a concept that has been rooted in Park’s art and writing for a long time. If the “Red complex” is the driver of the mental geography that Park has explored in reference to Korea’s Cold War division culture, then the “Asia complex” suggests the postcolonial perspective through which Park has ceaselessly critiqued the concrete institutions of tradition, modernity, and art in Korea. It is our hope that this book, created with much devotion and help from many people, will be joined by others in contributing to further research into the Park Chan-kyong archive, and at the same time that it will serve as a reference for the critical ref lection and interpretation of Korean social history and art history.