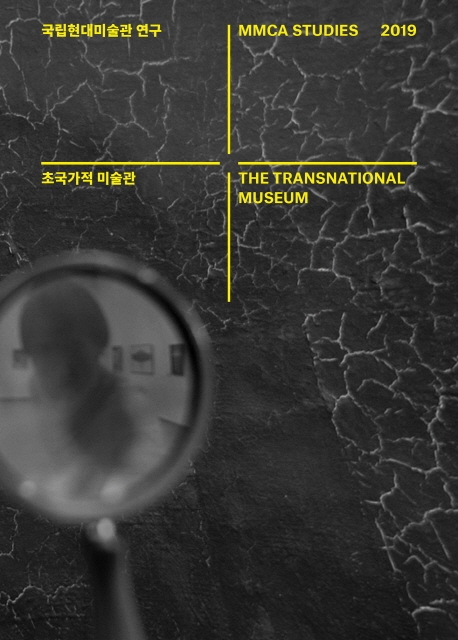 AUTHOR : Suzuki Katsuo
ISBN : 9788963032306
PUBLISHER : National Museum of Modern and Contemporary Art Kor
PUBLICATION DATE : December 20 ,2019,
SPINE SIZE : 0.5 inches
PAGES : 216
SIZE : 7.3 * 10.3 inches
WEIGHT : 1.5 pounds
CATON QTY : 30
PRICE : $17.95
2019 was a milestone year that marked the fiftieth anniversary of MMCA, offering an opportunity to review the path it has tread and to examine its future prospects. Such a milestone was also an occasion for MMCA Studies to prepare its reorganized and restructured special issue of 2019. In an effort to be better equipped as an international journal of criticism, we have endeavored to carry diverse voices from the world of art practice and academia alike while engendering critical discourse around the museum’s unique practices and activities.
One of the dilemmas that national museums face in the age of globalization is that while they have been established with the original purpose of representing a nation’s identity, they are also riddled with the task of examining the nature of such a role. The museum continues to operate within the framework of national and/or local identities, but the fact that there is a conspicuous move to attempt an alternative narrative—one that differs from the critical practices regarding the system or institution—under the name of contemporary art is also very true. In the face of this paradox, the journal selected the following questions connected to the special theme of this issue on transnationalism: How does transnationalism manifest itself within artistic practices? Is a new interpretation of art history that crosses national borders possible? Is a transnationalistic, or global curating, a possibility? Based on these questions, the first section delves into curatorial, scholarly, and institutional practices and their possibilities related to the concept of transnationalism.
For the special theme of this journal, we have chosen Awakenings: Art in Society in Asia 1960s–1990s—an exhibition co-planned by the MMCA, National Museum of Modern Art Tokyo and the National Gallery Singapore—as a crucial case for our discussion. Within the Japan-Korea-Singapore network, this exhibition challenges global art history, taking a transnational and comparative research-based curatorial approach as its methodology. In keeping with this purpose, a paper by Suzuki Katsuo, cura¬tor at the National Museum of Modern Art, Tokyo is our first entry. Sociologist and author of Artifacts and Allegiances: How Museums Put the Nation and the World on Display (2015), Peggy Levitt zeroes in on the museum’s global expansion and standardized programs, and asks why alter¬native modes of museum experience have become so difficult to come by. Atreyee Gupta attempts at a different kind of imagination on the global by returning to the 1955 Asian-African Conference in Bandung, a time when the demand for the global and the national coexisted. Following Gupta is Seo Dongjin, who focuses on the Bandung Conference and the Non-Aligned Movement (NAM), both of which enabled Asia to imagine Third-Worldism. In 2017, The Other Trans-Atlantic: Kinetic and Op Art in Eastern Europe and Latin America 1950s–1970 took place at the Museum of Modern Art in Warsaw. It was an exhibition that unearthed new trends in places like Poland and Brazil during the 1970s-1980s, and also experimented with a new kind of historical research. Marta Dziewańska, co-curator of the exhibition, introduces it as a case that existed outside the canon of art history, focusing attention on the idea of observing the peripheries of history. Art historian Yang Eunhee, whose research has been on globalization, gender and cosmopolitanism, discusses two events in the history of Korean contemporary art in an effort to illuminate a unique relation between Korean art and cosmopolitanism.
The second section is on museum studies, functioning as a space to not only archive museum activities but also expand critical discussions. The opening entry is a review of Awakenings: Art in Society in Asia 1960s–1990s, and is equally connected to Suzuki Katsuo’s paper as well as the journal’s special theme. In the entry, Ahn Sohyun examines the relation between contemporary art and nationalism. In December 2018, MMCA’s fourth branch opened in Cheongju, functioning as an open storage. MMCA curator Lee Youngjoo discusses how the new institution will expand and engender research on its collection and museum programs within the local community. Lastly, Anton Vidokle and Kim Soo Hwan take up various topics broached at the Anton Vidokle: Immortality for All exhibit and expand on them in a dialogue format.

Peggy Levitt
Should Museums in Boston, Beirut, and Bangkok All Look Alike?: Reflections on the Global Museum Assemblage

Atreyee Gupta
Not Aligned: Fragments from a Global History

Seo Dongjin
Can the Biennale of Global South Be New International of Tricontinental Art Practices?

Museum Studies
Ahn Sohyun
How Can National Museums of Contemporary Art in Asia Transcend Nationalism?: A Few Questions about the Exhibition Awakenings: Art in Society in Asia 1960s–1990s