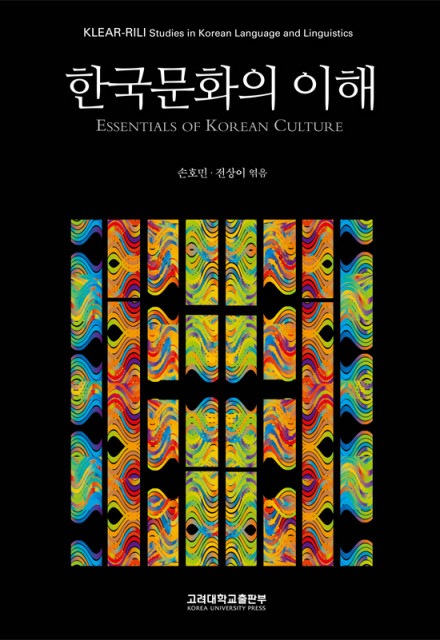 AUTHOR : Ho-min Sohn
ISBN : 9788976418265
PUBLISHER : Korea University Press
PUBLICATION DATE : August 17 ,2013,
SPINE SIZE : 1.3 inches
PAGES : 584
SIZE : 6.3 * 9.2 inches
WEIGHT : 2.4 pounds
CATON QTY : 10
PRICE : $49.95
This book is written in Korean with two main goals in mind: content learning and language improvement. That is, the first goal is to provide students with a systematic knowledge of the fundamental aspects of Korean studies. The second goal is to help students achieve a professional (superior) level of proficiency in Korean language and culture through content-based instruction. This book will be of great use not only to Korean language learners all over the world but also to general Korean native speakers who would like to have a comprehensive knowledge of how Korea has evolved through ups and downs from the time immemorial to the present, how Korean tradition, arts, language, and literature have grown and developed, and what contemporary Korean social, cultural, and economic lives are like.

HO-MIN SOHN is Professor of Korean linguistics and Director of the Korean Language Flagship Center at the University of Hawaii at Manoa (UHM) and President of the Korean Language Education and Research Center, Inc. which has developed twenty Korean language textbooks.
He is a past chair of the Department of East Asian Languages and Literatures (1993-2000) and a past director of the Center for Korean Studies (2004-10) at UHM and a past president of both the International Circle of Korean Linguistics (1979-81) and of the American Association of Teachers of Korean (1994-7). His numerous publications include Korean Language in Culture and Society (2006), The Korean Language (1999), Korean: Descriptive Grammar (1994), Linguistic Expeditions (1986), Woleaian- English Dictionary (1976), Woleaian Reference Grammar (1975), and A Ulithian Grammar (1973).
The last two decades have seen the dramatic success and expansion of Korean language programs around the world, which in turn has created widespread interest in the culture of Korea-a phenomenon known as hallyu (‘the Korean wave’). Essentials of Korean Culture, the English version of a textbook first written and published in Korean, responds to this need. This interdisciplinary project, involving faculty at the University of Hawaii at Manoa and Korea University, offers chapters on important aspects of Korean culture, written in an engaging non-technical style.
The book begins with a series of four chapters on Korean history beginning with the pre-historical epoch and progressing through the major events and periods that ultimately shaped the modern nation-the Three Kingdoms, Unified Shilla, the Koryŏ Dynasty, the Chosŏn Dynasty, and post- liberation Korea.
This sets the stage for a panoramic treatment of contemporary Korea, including its language and literature, its philosophy and religion, its system of education, its economy, politics and government, its attitudes about family and gender, its visual and performing arts, its progress in science and technology, and its preferences in food and sports. Each receives careful treatment in one or more chapters, with a special chapter devoted to the impact of Korean culture on the world (the Korean wave phenomenon). In addition to presenting the essentials of its subject matter, each chapter includes recommendations for additional readings (some in English, some in Korean), and a set of questions for discussion and additional research.
It would be difficult to overestimate the value of this book to the field of Korean studies, which has long suffered from the lack of an appropriate college-level textbook for courses on culture-an increasingly important part of Korean language programs around the world. Essentials of Korean Culture is a landmark contribution, filling in an important curricular need while at the same time creating a resource whose attractiveness and usefulness will extend well beyond the classroom.