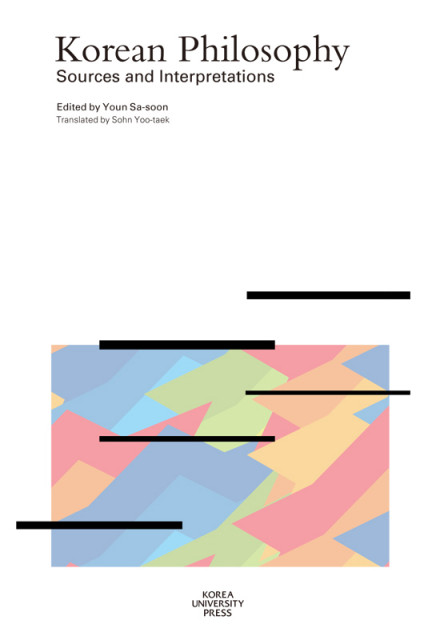 AUTHOR : Sa-soon Youn
ISBN : 9788976418906
PUBLISHER : Korea University Press
PUBLICATION DATE : October 30 ,2015,
SPINE SIZE : 1.8 inches
PAGES : 804
SIZE : 6.3 * 9.2 inches
WEIGHT : 3.2 pounds
CATON QTY : 8
PRICE : $97.95
Korea is a country with a history of thousands of years, and is rich with cultural heritage. It has its own unique language and alphabet, history of thought, art, sciences, and customs, among which its language is the core element establishing the identity of Korean culture. As Korea had its own language, it could create its unique alphabet, learning, and art. However, considering that a given language is the expression of a distinctive history of thought, we should realize that the fundamental factor in the constitution of Korean culture is ‘Korean thought’It is in this context that the importance of Korean thought is emphasized.
Fundamentally, it is the amalgamation of foreign strains of thought into its indigenous thought, that is, occult shamanist beliefs. Concretely speaking, Korean thought, belonging to the cultural bloc of East Asia, assimilated advanced religions such as Confucianism, Buddhism, and Taoism from that bloc. Through the creative and critical assimilation of such religions, Korean thought gained not only its unique characteristics but also universal qualities it shared with other Eastern countries.
The reason why we regard Confucianism, Buddhism, and Taoism as advanced religions is that they are mainly based on rational thought, though they retain a few shamanist elements. It may generally be said that belief or faith based on dogma is a religion, but that the method and content induced by rational thought belong to the realm of philosophy. In this sense the traditional philosophy of Korea can be said to be the result of the synthesis, intensification, and modification of the
thought propagated by these religions, through the rational capacities of Korean scholars. This book is the compilation of the research work in, and interpretations of ‘the traditional philosophy of Korea’ that arose from this meeting of cultures.

Part 2. The Buddhist Thought of Korea
1. The Introduction of Buddhism into Korea
2. The Development of Yogacara in Silla
3. The Mahayana Sraddhotpada Sastra of Silla
4. The Avatamsaka School(華嚴學) of Silla
5. The Yogācāra and Avataṃsaka Schools in Unified Silla
6. The Development of Cheontae School in Goryeo
7. The Formation and Development of Goryeo Seon-Buddhism
8. Views on the Defence of Buddhism and the Three Religions in the Early Period of the Joseon Dynasty
9. The Debates on the Three Kinds of Seon at the End of the Joseon Dynasty

Part 3. Taoism in Korea
1. Introduction of Taoism
2. Zhai-jiaos and Taoism
3. The Development of Taoism
4. The Ebbs and Flows of Ritual Taoism
5. Development of Training Taoism
6. Taoism from the Perspective of Confucianists during the Joseon Dynasty

Part 5. The Practical Learning and Modern Thought of Korea
1. Reflection on Ch’eng-Chu’s School of Thought
2. The Formation and Division of the Seongho School
3. Northern Learning and a New View of the World
4. Jeong Yak-yong and the Compilation of Sirhak’s Doctrines
5. The Practical Characteristics of Choe Han-gi’s Gihak
6. The Rise of Enlightenment Thought
7. The Foundation of New Religions
8. Some Attempts to Renovate Confucianism