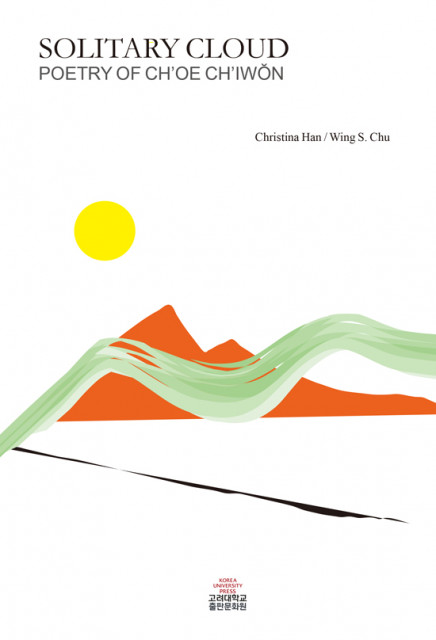 AUTHOR : Christina Han
ISBN : 9788976419057
PUBLISHER : Korea University Press
PUBLICATION DATE : December 15 ,2016,
SPINE SIZE : 0.4 inches
PAGES : 148
SIZE : 6.1 * 8.9 inches
WEIGHT : 0.6 pounds
CATON QTY : 36
PRICE : $42.95
This book is a translation and study of the poetry of the ninth-century Korean literary icon Ch’oe Ch’iwŏn (b. 854), who has long been celebra ted as the founding father of classical literature in Korea. Ch’oe’s literary legacy was characterized by his ability to cross both cultural and ideological boundaries.
He lived and worked in Silla, Korea and Tang, China and as such his literature spanned the two cultures. Born to an aristocratic family in Silla, at age twelve Ch’oe moved to Tang in pursuit of a better education and career. Ch’oe passed Tang’s Civil Service Examination and took up several different posts in the government. After his return to Silla in 884, Ch’oe served in Silla’s royal court and its regional governments. When his attempts to reform the society of Silla were repeatedly thwarted, the disillusioned Ch’oe retired from political life and spent the rest of his life roaming famous mountains.
Ch’oe Ch’iwŏn was a versatile author who produced writings of many forms about a variety of subjects. His career as a civil official demanded composition of administrative and political writings, including memorials, reports and letters. Following his retirement, he concentrated his energy on religious pursuits, and wrote extensively on Buddhist subjects, particula rly biographies of renowned Silla Buddhist masters. From these official and religious writings we get a glimpse of the society and culture in which Ch’oe’s life unfolded.
But it is in his poetry that we encounter the person Ch’oe Ch’iwŏn, his hopes and dreams, his joys and sorrows, his social activities and innermost thoughts. In order to sketch Ch’oe’s changing life and person, in this chapter we will trace his poetic footprints by looking at some of the general themes that appear in his poetry.