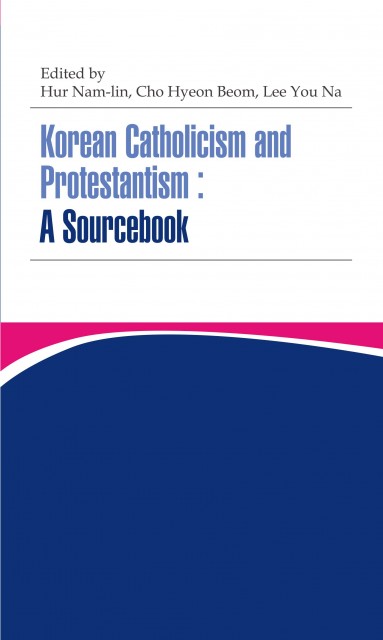 Korean Catholicism and Protestantism: A Sourcebook

AUTHOR : Nam-lin Hur , Hyeon Beom Cho
ISBN : 9791158661175
PUBLISHER : The Academy of Korean Studies Press
PUBLICATION DATE : August 30 ,2016,
SPINE SIZE : 0.8 inches
PAGES : 336
SIZE : 5.8 * 9.8 inches
WEIGHT : 1.5 pounds
CATON QTY : 20
PRICE : $37.00
Christianity, one of the major religions in Korea, is indispensible for comprehending the complex contours of Korea’s modern history. This sourcebook offers a convenient window for readers who are interested in a trajectory of Korean Christianity from its introduction to the present. It contains 62 documents on Catholicism and 64 documents on Protestantism. As a rare collection of original communiqués, letters, statements, firsthand accounts, and comments that span from 1883 to 2013, this sourcebook will surely help readers understand, through the inner voice, how Christianity has adapted itself to, influenced upon, and benefited from, the changing conditions of modern Korea. An essential reading of Korean Christianity!

Professor of Asian Studies at the University of British Columbia