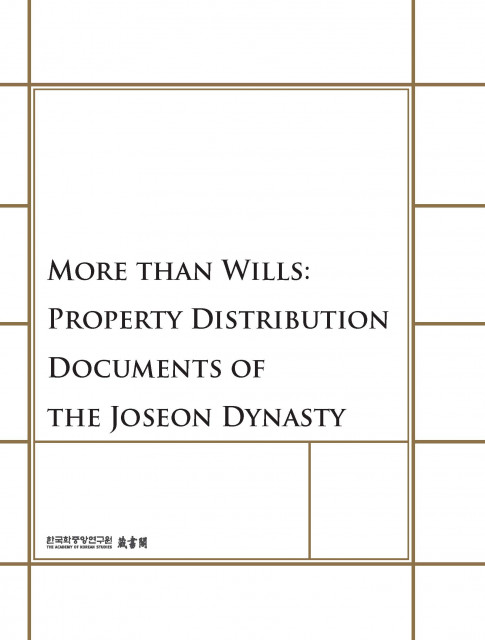 More Than Wills: Property Distribution Documents of the Joseon Dynasty

AUTHOR : Jangseogak Archives of The Academy of Korean Studies
ISBN : 9791158662783
PUBLISHER : The Academy of Korean Studies Press
PUBLICATION DATE : October 20 ,2017,
SPINE SIZE : 0.8 inches
PAGES : 256
SIZE : 8.2 * 10.4 inches
WEIGHT : 2.1 pounds
CATON QTY : 11
PRICE : $51.45
Bunjaegi or the documents of property distributions, are uniques sources of the Joseon dynasty that reveals unprecedented insight into the everyday life of the Joseon Dynasty society. Originally published to accompany the 2014 Jangseogak Special Exhibition, this catalog includes approximately 100 objects that demonstrate the hidden details of the social life of the Joseon people, and maybe more importantly, the changes over time. Now translated in English, included in this work are precious records demonstrating how the wealth was distributed before and after the death of the bequeather, and how various actors - members of the Royal family, prominent yangban aristocrats families, commoners, females and even nobi slaves - each participated in the acts of property distribution. The documents, the essays, and the translations will lead the readers to a new experience and clearly show why the Bunjaegi documents are more than simply wills.


Jangseogak Archives of The Academy of Korean Studies