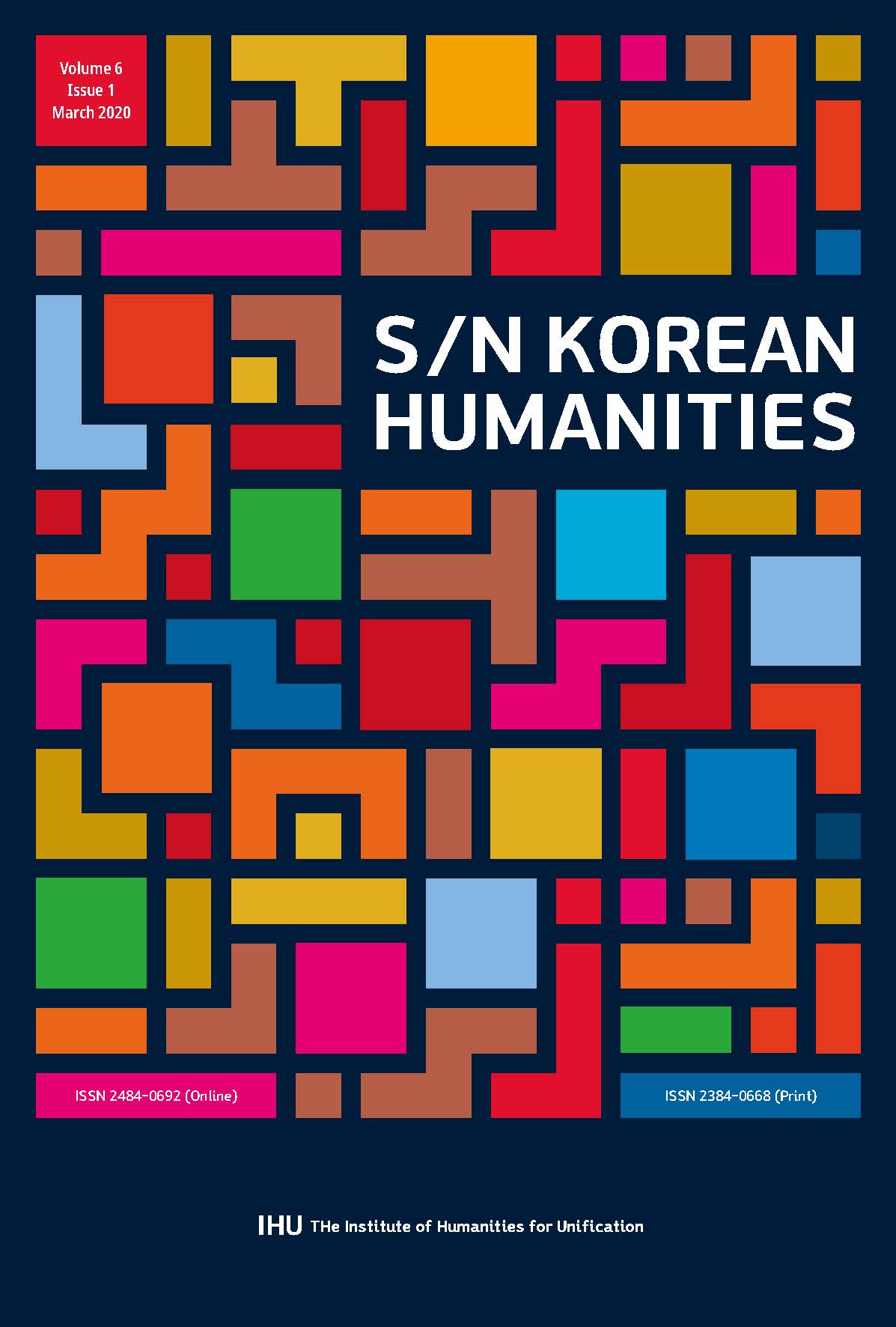 S/N Korean Humanities
The Institute of the Humanities for Unification

S/N Korean Humanities is a peer-reviewed journal published biannually in March and September by the Institute of Humanities for Unification (IHU) at Konkuk University, Seoul, Korea. Launched in March 2015, S/N Korean Humanities offers a unique forum of debate for the role of the humanities in promoting communication, healing, and integration of Koreans everywhere and is the first to highlight integrated Korean studies by bridging Hangukhak and Chosŏnhak.

The IHU views unification as a process of communication, healing, and integration of all Koreans, encompassing not only the peoples of the two Koreas but also the Korean diaspora. In this connection, S/N Korean Humanities offers a unique platform for promoting integrated Korean studies by presenting works of Hangukhak as well as Chosŏnhak. This new humanities-based approach to unification is designed to provide a critique of existing disciplines which have tended to perceive unification as the result of unilateral political, economic, or military change rather than gradual shifts in the Korean people’s attitudes, sentiments, and identities.

Submissions of manuscripts are accepted for peer review throughout the year. Each issue of S/N Korean Humanities publishesspecial theme articles as well as other research articles relevant to “humanities for unification” and integrated Korean studies.